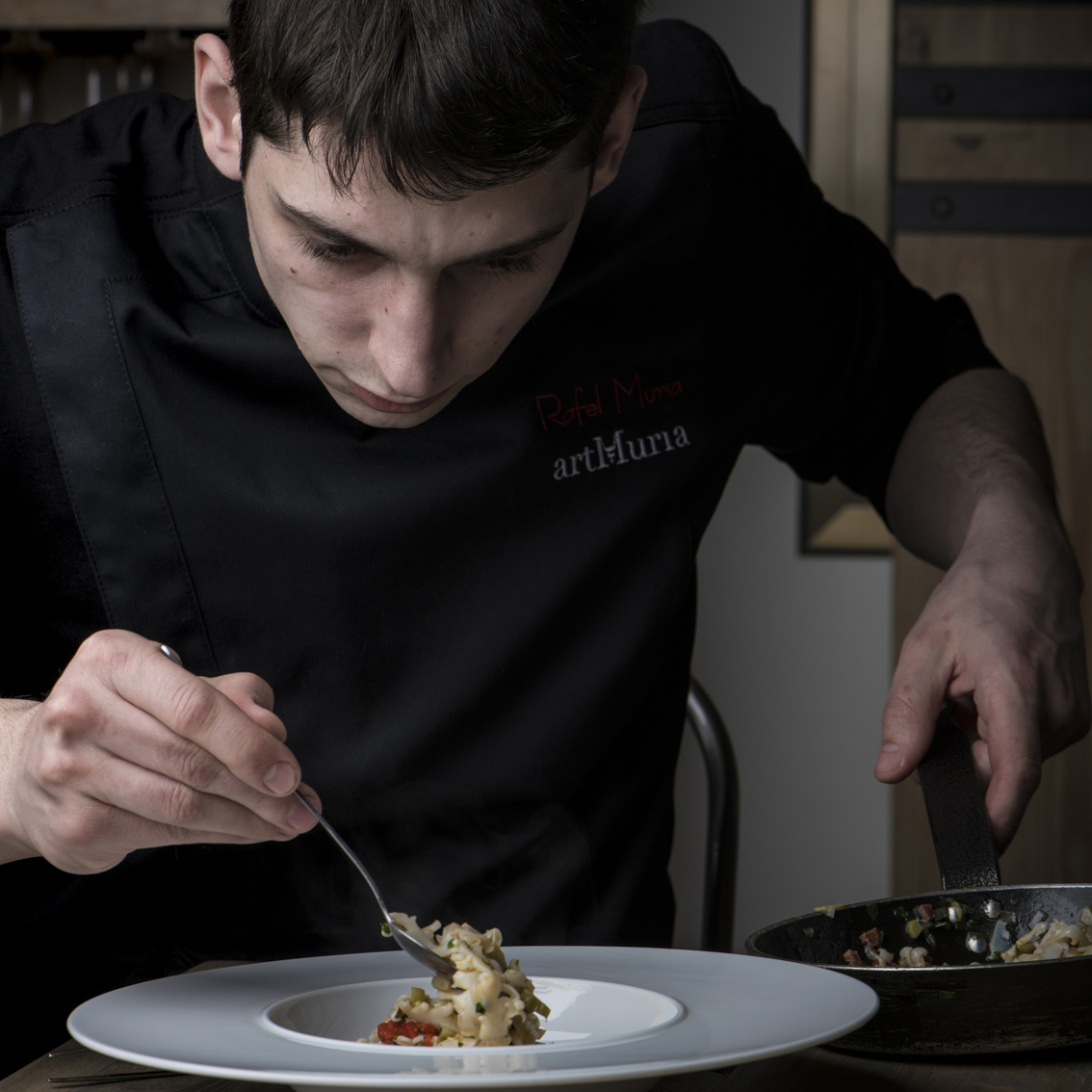 Rafel Muria was only 23 when he came to Cornudella to open a new era at Quatre Molins.From the first minute his aim was to create an innovative contemporary cuisine inspired by the local landscape. Quatre Molins aims to give a makeover to the local culinary tradition whilst placing great importance on local produce.

Rafael was born in El Perelló into a family with a long tradition: Growing up among flowers and swarms of honey bees has defined his vision on cooking , giving him a unique personal perspective on cooking

Our Chef graduated in 2012 from the renowned Hofmann cooking school in Barcelona. From then on he began his professional career at the Restaurant Villa RetiroXerta (one Michelin star). Then he began an impressive tour of restaurants of high international prestige. The Restaurant Michel Bras,Lagiole, France (three Michelin stars), or Villa Maiella in Pescara, Italy (one Michelin star). This path culminated in him becoming the second chef at the exclusive Paris restaurant l’Atelier de Joel Robuchon Saint-Germain (two Michelin stars). This impressive learning curve has given Rafel’s youthful unorthodox vision of Tarragona‘s gastronomy

RafelMuria as the head chef of QuatreMolins has achieved the recognition of several leading figures in gastronomy and haute cuisine. Some of these recognitions have come from specialized critics, publications and important prizes.

When we talk about RafelMuriawe are talking about the winner of the demanding BalfegóNational Bluefin Tuna Gastronomy Competition (Chef Balfegó) in its 2018 edition. His royal TonyinaRojasangatxo was awarded 100 points by Martín Berasategui, the maximum score

According to the 10 Michelin star chef, “never in my life have I given this score to any chef in any contest .”

RafelMuria is a simple, humble chef, apparently shy and restless to learn something new every day.

This humility has not prevented him from continuing to reap new successes: his meteoric career is further accelerated with his selection as a candidate for Chef Revelación Madrid Fusión 2019. This nomination made him jump definitively to the front line, placing him as one of the chefs to take into account within the national gastronomic scene.